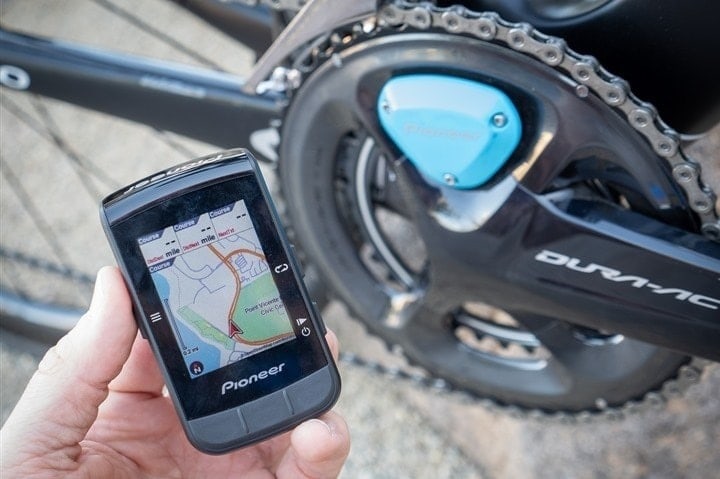 When Shimano acquired Pioneer’s assets a bit over a year ago, I found it hard to see how this would end well. But Shimano…congratulations, you’ve outdone yourself! Even I couldn’t have predicted the flaming dumpster fire that this is shaping up to be. And this fireworks show is just getting started, you just wait till the end of the month.

Despite Shimano’s initial claims to both continue selling and supporting Pioneer’s product lineups, we all knew that just wasn’t going to work out long term. There was little reason to do so. Shimano had their own power meter brand and products (even if they are inaccurate), and Pioneer’s more advanced pedaling metrics didn’t follow any industry standards and weren’t widely supported on most web platforms. And that ignores what to do about a bike computer and their training log site.

At the time Shimano announced the acquisition, they were at least clear that the Pioneer Cyclo-Sphere web platform would continue to be available until they launched their own platform. However, instead of doing things in a measured and methodical manner, they’ve decided to burn the house down.  Essentially, they’ve given all Pioneer users notice (or, an ultimatum) that the platform will no longer be functional on June 18th (next week), and that units will cease working after that. While a supposed new platform will come online June 30th, your bike computer will stop working in a slew of ways depending on what you ate for breakfast.

For some users however, that’s the least of their issues. You see, for those lucky individuals living in Canada, Australia, New Zealand, or Taiwan – you’ve been told to simply throw the darn thing away. It’s entirely useless in just over 8 days. In the span of less than a month you went from a perfectly functional advanced bike computer to the legitimate definition of a paperweight.

But let’s not get ahead of ourselves, let’s outline this flaming turd in even more detail. 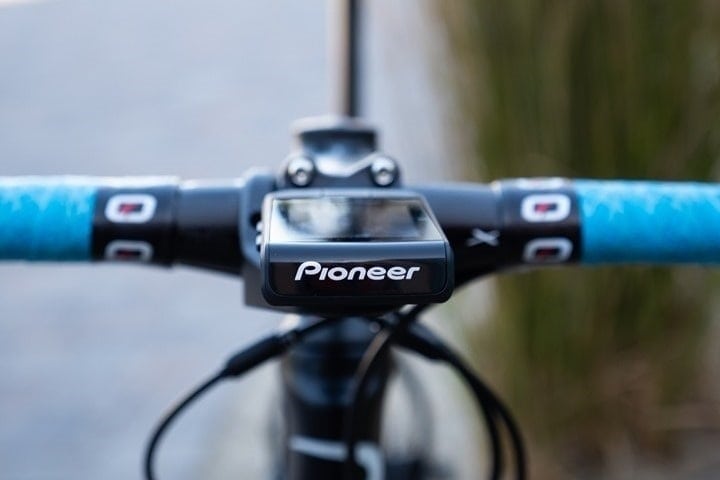 I’ll be honest, my head hurts. I’ve been trying to decode this fiasco of an e-mail and website all morning. And I’m frankly not sure I’ve got it all untangled. Which mirrors the slew of e-mails I’ve had from users over the last two weeks also trying to make sense of it all. Typically, Shimano is a company that excels at PR management. They’ve got people for each region and product line, and manage communications very succinctly.

But this time around, Shimano assigned the most inexperienced person they could to craft the communications. Unfortunately, that person wasn’t available. So they just grabbed someone that walked into the nearest 7-Eleven to write up the most confusingly bad e-mail seen in the sports tech realm in quite some time. Though, let’s not disparage that poor 7-Eleven customer, as undoubtedly even they could have done a better job than this.

First off, let’s start with the e-mail. In fact, I’m gonna use this e-mail as my entire post, largely because it’s the only way you’ll be able to understand how bad this is. To begin, as a registered Cyclo-Sphere user, I received this ‘Second notice’ e-mail. However, I have zero record of ever receiving a ‘First notice’ e-mail. Given I saw virtually zero complaints after the supposed May 24th First Notice e-mail, I’m going to guess it actually never went out correctly (which, would be on-brand here).

They start off saying they’re sending it to all users, even if you were a user that didn’t want to receive such a message. So much so, that they even end on telling you to: “note that.”

After that initial salutation, it continues:

It’s here, with the wording “who live in regions” they passive-aggressively slap the fine folks living in Canada, Australia, New Zealand, or Taiwan. Except, at this juncture in the e-mail you don’t realize it yet. In fact, it’s never mentioned at all in this e-mail. Nor is it casually mentioned at this point that everyone’s bike computer will be useless for a minimum of 12 days. That’ll come later.

They then go straight into the ‘Transfer Schedule’. We’ve skipped over any other pleasantries here. Conveniently placed as a formatting error on a single line, you might misread ‘Cyclo-Sphere Terminated on June 30th, 2021’, the same day they launch Shimano’s new web service.

But you’d be very incorrect if you read it that way. The correct way to read it is as follows:

However, the above is also full of a key contradiction:

A) “Cyclo-Sphere service terminated” – does this mean the platform is dead-dead, or just half-dead?
B) I only ask because it then says “You will have until September 30, 2021 to elect whether to transfer your ride data in Cyclo-Sphere to Shimano’s new web service”

Also, it’s important to point out that nobody has seen the new ‘Shimano Web Service’. In fact, so much so that it doesn’t even have a name yet. And if we know anything about Shimano IT software projects by now, it should be properly horrible. There’s been no evidence submitted to the contrary in the last few decades. Sure, Shimano makes great hardware. But software? Oh hell no.

Nevertheless, we’ll assume they recruited some more 7-Eleven customers. Heck, maybe they should hire from 7-Eleven, clearly with 71,000 stores, certainly they must have functional software.

So, how do you transfer your precious workout data? Apparently by first navigating to and through the Shimano Privacy notice. And then, somehow magic happens. Literally, read through these steps – there’s actually no instructions on how to do this. Apparently, it’ll just happen? (Just like your bike computer will stop uploading next week – magic!).

So, let’s talk about your bike computers. Which, is handily next in the e-mail. I’ve highlighted the best parts.

Now, this is where it gets awesome. They first tell you that “details…will be provided later”. In other words, they have no idea either. They’re just hoping to figure it out before June 30th.

However, you can click on that link to find out about Shimano’s new nameless web service. Don’t worry, we most definitely will. Hang tight a second.

In the meantime, let’s recap what this means:

SGX-CA500 users: You’re effed. You just lost the easy-to-use WiFi support, get that computer and USB cable back out again!
SGA-CA600 users: Somehow, through something not yet defined, you’ll be able to upload to Shimano’s new service. But again, not till July, and you shouldn’t use your bike computer between June 18th and June 30th.

Now, what’s perplexing about this (but as expected at this point), is that a few lines later in the e-mail it says you won’t be able to update the firmware at all after June 18th. Thus, like a Black Friday sale, you should apparently run and do it now. Also, casually, you’ll lose map changing/updating too:

Of course, this directly contradicts their own site elsewhere, which conveniently skips the whole map thing.

Speaking of things you can’t or don’t want to do, that’d include downloading your workout data. Apparently you can technically do this, as they tell you to do in the e-mail:

However, once you click on the link, you get the real scoop:

Sure, if you’ve got less than 50 files, no biggie. But assuming you’re a long-time Pioneer user, you probably have a fair bit of data, which means this will be a mess. That’s somewhat Pioneer’s fault, because the interface to do this is a mess. Though, certainly, Shimano could have just offered a simple ‘Download it all’ button. Then again, ‘simple’ was very much not anywhere in this e-mail.

So let’s instead focus on the future. The positives. The brightness of opportunity of starting fresh with a blank-slate that’ll come at the end of the month.

When you follow all the various links for their “New Web Service”, as they call it, they all point here – the page shown above.

This page has a larger banner of a person typing on a keyboard looking at a blank screen (alongside a blank phone). Which appears to be precisely where Shimano is on this transition – a void of emptiness.

But fear not, if you scroll down just a smidge, you’ll find all the details thoroughly documented:

They literally couldn’t even make the effort to Photoshop a teaser of this supposed service into the turned-off computer screen of the user above.

Strava’s PR team can send me reams of PowerPoint slides and screenshots on adding a single random obscure new feature, but Shimano prepares to launch a grand new cycling platform after years of work, and can’t manage more than four generic bullet points?

However, it’s not clear if the void being created is more or less empty for people living outside the supported countries. See, once you click around a bit, you find this gem (note the red parts): 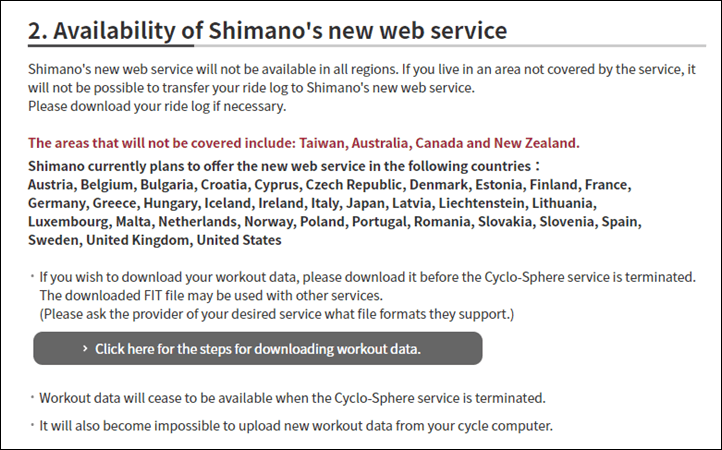 I wonder how the conversation went on this. Arguably – Australia, Canada, and to a lesser extent New Zealand are some of Shimano’s strongest territories. And yet, they’re left out here. This isn’t a Pioneer thing, this will impact any Canadian person who accidentally and very much inadvertently considers signing up for whatever this magical platform will offer.

Mind you – this isn’t just about the platform. For people in those countries, your bike computer is a rock now. It can’t upload to anything.

But don’t worry, in Shimano’s vast 8-question long Q&A section, they’ve got you friendly Canadians covered, with the bizarrely placed “How do I punch myself in the nuts again, should I wish to do so?”

Finally, we’ll round out this entire journey with the conclusion of the e-mail. It’s here they remind you that they really don’t want to hear from you.

With that, I’ll end on a Japanese proverb that seems appropriate: “If you understand everything, you must be misinformed”

Though, some sources say that’s either a Swedish or Chinese proverb. No matter the source, sounds about right.

(Oh, and feel free to use the comments section below as a place to post solutions/workarounds/tips/etc for Pioneer users, including perhaps on how to keep using your Pioneer units. Such as if someone figures out how to convert from their on-bike computer database file structure to .FIT files.) 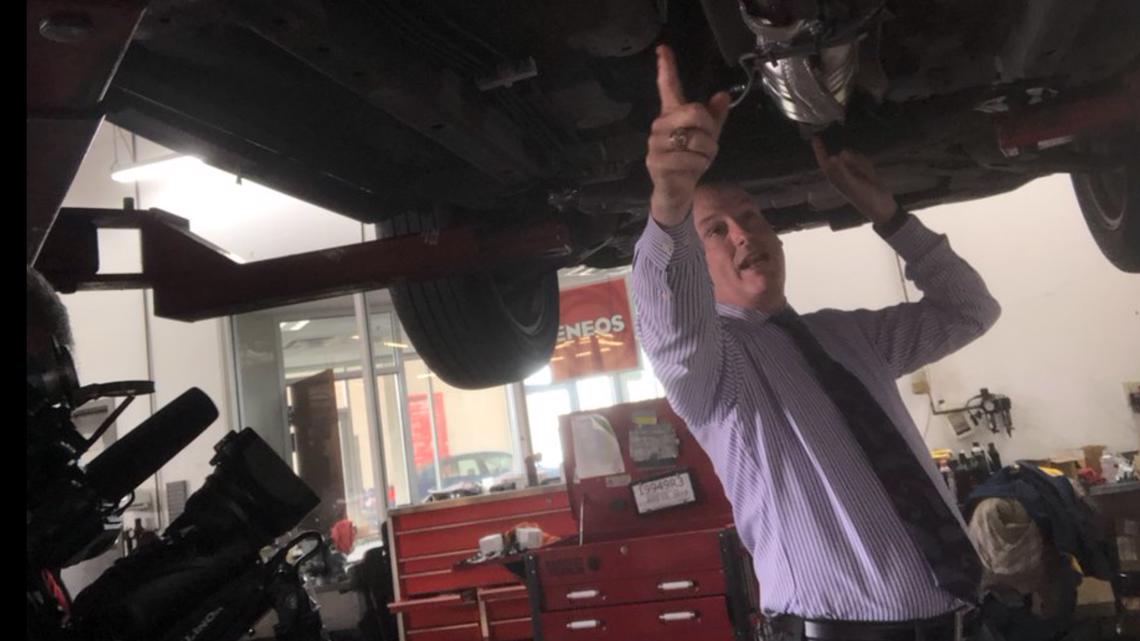