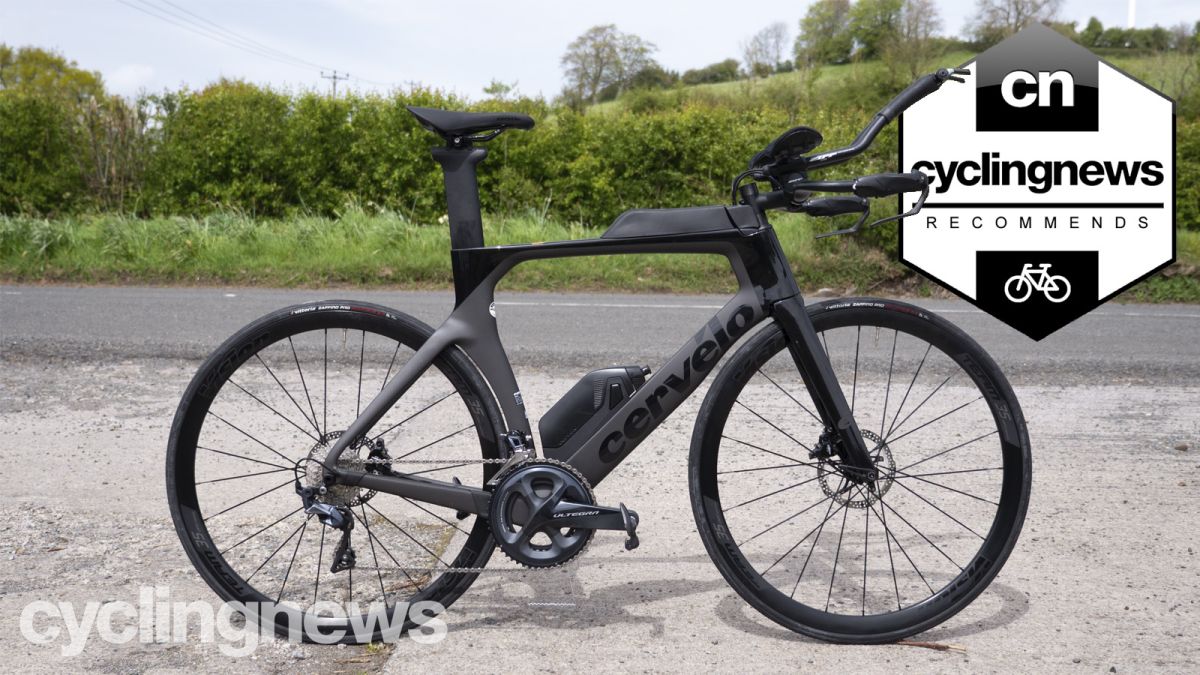 When it comes to time trialling, there are few brands that cover the discipline quite as extensively as Cervelo. Many brands have just a single time trial frameset in their range, but Cervelo has not one, not two, but three.

The Cervelo P-Series time trial bike is the brand’s entry-level offering, sitting alongside the UCI-legal P5 and the radical-looking, triathlon-friendly PX. In a way, it replaces the P3, but the new bike’s design proves the launch was a lot more than just a rebadging exercise.

So as the world slowly began to creep its way out of pandemic-induced isolation, the competitive thirst was long overdue being quenched, but the idea of bunch racing was still too big a step for many. As a result, the naturally socially distant discipline of time trialling was an obvious and attractive proposition.

Having long forgotten just how ‘type two’ the fun of time trialling actually is, I decided to join the crowd to see just how the Cervelo P-Series competes with the best time trial bikes, as well as similar-priced offerings such as Canyon’s Speedmax CF 8 and Orbea’s Ordu M20LTD.

The first thing that’s noticeable about the P-Series is how clearly its design cues are borrowed from elsewhere in the Cervelo range. The curved lines are unlike the approach that most of today’s time trial bikes use, but it bears a striking similarity to the P5, still looks modern, and gives an instant appearance of speed.

Like the P5, the down tube of the P-Series wraps around the front tyre, and the seat tube does the same with the rear tyre in an even more pronounced manner, a design feature that clearly looked to the brand’s S5 aero road bike for inspiration.

Cables are integrated into the frame via a gap behind the stem, and into the crown of the fork for the front brake. They then exit the frame at the usual points on the chainstays, the fork, and beneath the front derailleur. Unfortunately, this does mean that cables are external and messy at the cockpit, but this is actually arguably better for first-timers who will probably be spending more time tinkering with their position, since it makes for much easier adjustment when working with cable-actuated derailleurs.

The head tube doesn’t use the split design found on the P5, but it does step downward to integrate into the shaping of the fork and the stem. There is also a rubber cover that sits behind the stem, which helps create a clean aesthetic – and no doubt helps airflow – when using the included top-tube-mount bento box.

This particular build is available in three different colour options. My test bike is a stealthy carbon/black finish (matte carbon with gloss black logos), but it’s also available in black (black with white logos) and ‘purple sunset’ which is a pearlescent purple-yellow colour with black detailing.

In a spend-vs-spec comparison, there are a few options out there that offer better value for money. For example, the similarly-priced Canyon Speedmax CF 8 gets the same groupset, a partly carbon fibre cockpit and DT Swiss carbon fibre wheels. Alternatively, Orbea’s Ordu M20LTD also gets carbon fibre Vision wheels and a full carbon cockpit for a slightly higher price.

Given Cervelo is often priced at the more premium end of the spectrum, it’s not entirely surprising that similarly priced bikes are getting a higher level of components, but it’s still frustrating to know you could be rolling around on deeper carbon fibre wheels that are likely faster.

Nevertheless, despite their aluminium construction and a weight in excess of 2kg (with cassette and tyres), the Vision Team 35 wheels aren’t your typical budget alloy option that brands spec knowing it’ll be upgraded. They’re 35mm deep, aerodynamically profiled, tubeless-ready, centre-lock and feature 12mm through axles, and despite the slightly narrow 19mm internal width, the ride was comfortable and stable on the supplied 25c Vittoria Zaffiro tyres. Bear in mind that Vittoria designates the Zaffiro as a training tyre, so you’ll need to consider the extra cost of an upgrade when race day comes. I opted for Vittoria’s Corsa Speed TLR.

The quality of Shimano’s Ultegra groupset is well documented, and its shifting performance with the Microshift bar-end shifters was as crisp and consistent as expected. The decision to spec a crankset with 170mm cranks (in a size 56cm frame) was a nice touch that will certainly benefit beginner time triallists whose level of flexibility might not be optimal for the contorted requirements.

Being a time trial bike, the brake and shift levers are separate, and as such, in the absence of hydraulic Shimano time trial brake levers, the entire brake system comes courtesy of TRP, meaning it is hydraulic from end to end. The levers offer a comfortable ergonomic handhold, which foregoes the need for bar tape, and the carbon fibre lever blade is long, so there’s enough leverage for one-finger braking on longer descents. However, I did find myself having to brake with my two smaller fingers, rather than the usual index finger, due to the relative positions of the handgrip and lever.

The cockpit comes courtesy of Zipp’s Vuka Alumina base bar and clip-on extensions, which as the name suggests are aluminium in construction. Instead of the more modern one-piece base bar and stem that features integrated mounting points for the risers and extensions, this system uses a standard stem and a separate bull-horn style handlebar with a rounded profile at the centre. The risers then simply clamp onto the rounded area of the tops and hold the armrests and extensions in place. This system is obviously a far cry from the aerodynamic cockpits found on top-tier bikes, but it does mean that it’s really easy to adjust the angle of your cockpit without worrying about angled spacers – just simply loosen the bolts, adjust the angle, and tighten again.

When it comes to fine-tuning, you can adjust the height of the stem on the steerer tube – with 40mm of stack on this 56cm frame. However, the bike also comes with a collection of different spacers (between 5mm and 25mm) to adjust the stack between the clamp and the armrests above. These are designed as though they can be stacked, but there isn’t a bolt long enough to support anything taller than the largest single spacer.

The addition of the top tube bento box and an aero bottle and cage are thoughtful inclusions that add value to the overall package. The bento box is a simple rubber design with split-top opening that relies on the rigidity of the material to hold it closed and keep things secure inside.

The aero bottle appears small but it is capable of holding 500ml of fluid. There’s no seat tube bottle mount, presumably for aerodynamics, so for anyone riding for long enough to need more, Cervelo has also specced the P-Series with a clever saddle rail adaptor that includes a bottle cage mounting point built into the rear.

When it comes to the performance of a time trial bike, aerodynamics are going to be high on the list of priorities for most buyers. Of course, the aerodynamic performance of the bike itself is an important factor, but since the rider will make up a much larger percentage of the total surface area, a bike that is adjustable enough to get the rider into an aerodynamic position can yield much greater performance overall.

The amount of adjustment offered by the Cervelo P-Series is ample. At the point where the risers clamp onto the handlebar, they can be moved left and right to adjust width, and they can be angled up or down. Above this, the included spacers allow for an increase in height, although it would be preferable to have extra long bolts so that the spacers could be stacked for increased height.

Above this again, the armrests can be moved left, right, forwards or backwards, and then the extensions can be slid forward and backward or rotated to adjust the angle of the bend.

The ease of adjustment is also key for beginners who will undoubtedly spend more time tinkering as they dial in and get used to the aggressive position. So while the budget cockpit and its external cables might seem like a negative, it comes with a sizeable silver lining of simplicity.

Once set up, the ride quality is surprisingly plush, especially for a time trial bike. It’s not jittery or jarring when riding over rough tarmac, and the included Cervelo Tri saddle does a really good job of providing sit bone support when riding in an aero position.

Furthermore, despite my first few rides on the Cervelo P-Series being in pretty blustery conditions, at no point did it catch the wind unexpectedly. For anyone new to the time trial position, it can be an unnerving first outing and take a few rides before you feel confident enough to hang out in the aero bars for extended periods. The bike’s stability in windy conditions will certainly ease this process, along with those shallower Vision wheels.

Overall, the P-Series tips the scales at 9.92kg. It’s never going to trouble any UCI weight limits, of course, but no time trial bike will, and rarely is weight even slightly important in time trials.

At £4,449 / $4,400, the Cervelo P-Series time trial bike is going to be a highly considered purchase for any potential buyers and on paper, there are competitors out there that offer more proverbial bang for your buck, but Cervelo has a considerable and undeniable brand cachet that by itself will be appealing to many buyers, and time trials aren’t ridden on paper, and in the real world, the Cervelo puts forward a very good case as one of the best time trial bikes.

It’s comfortable, it feels fast and thanks to its easy adjustment and unwavering stability, those who do make the investment will be getting a great bike for beginner or enthusiast time triallists or triathletes. 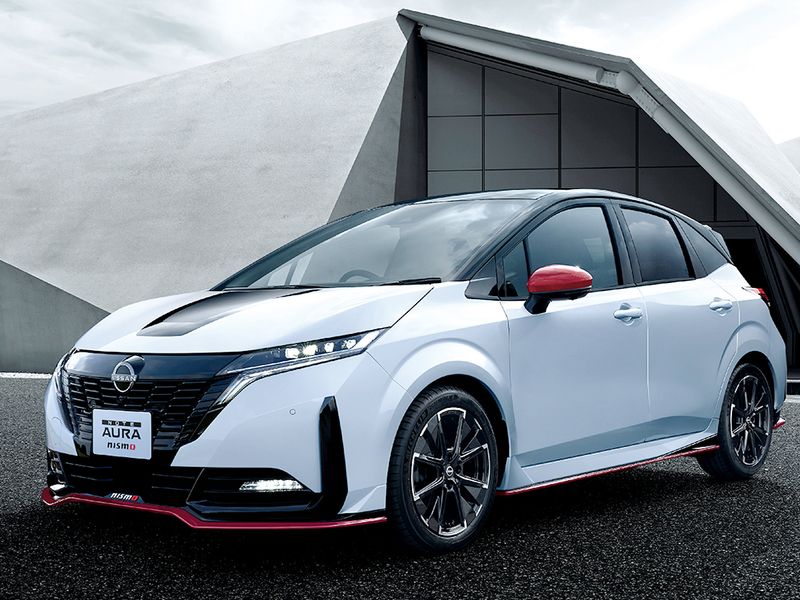