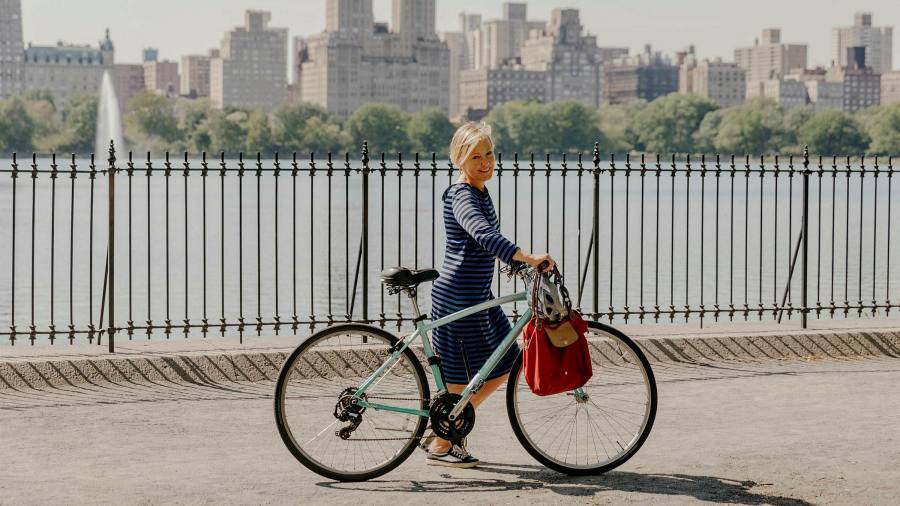 The office of the Mayor of New York recently declared in a tweet that in May alone, the Big Apple recorded “2,709,684 rides and over 1 million ebike rides!” with its Citi Bike rental scheme. New Yorkers are also using their own bikes to an increasing degree. Michael Bloomberg, the city’s previous mayor, oversaw a dramatic expansion in New York’s network of protected bike lanes in the past decade — and during lockdown, the cycling trend surged.

I am a case in point: although I cycled a fair amount before Covid-19, during the pandemic my bike became my main means of transport (and exercise) in Manhattan — and it is likely to stay that way until winter, now that I have discovered how easy it is to get around.

So how do you pick the best routes in Manhattan, given that the borough’s narrow, busy (and potholed) streets don’t seem particularly bike-friendly? A good place to start is to download the NYC Bike Map on your phone. It lists all the cycle paths, using colour-coding to show the different types of lanes: traffic-free lanes that are not on roads; separate lanes on roads protected by concrete barriers; and lanes that run amid traffic but are demarcated by painted lines. Google Maps is another good option, though it does not always distinguish between types of bike lanes.

Either way, before you set off, bear a few tips in mind:

Here are three of my favourite routes in Manhattan — and one on an island in the East River.

Cycling around Central Park is like hopping in a yellow cab or eating a bagel: something every visitor (and local) should do at least once. It is very simple and safe: start at any point in Central Park (Columbus Circle is a good bet, or try the 90th Street entrance on Fifth Avenue), and then follow the bike track around anticlockwise. The entire loop is six miles, with a few moderate hills in the middle and a larger one at the north-east corner. But if that is too long, or you feel too jet-lagged for a climb, cut the loop a bit shorter and leave the park at 100th Street, heading west, or lopping off the southern tip at 72nd Street and heading east around the ponds.

There are plenty of ice-cream kiosks that sell water and snacks along the way. However, the best place to enjoy a proper meal or elegant cocktail is the Boathouse, a delightful restaurant with a wonderful terrace overlooking a boating lake.

If you are feeling adventurous (and fit), cycle around the bottom half of Manhattan. This is pretty safe, as much of the route uses traffic-free or cycle lanes.

A good place to start is where the two rivers collide on the southern tip: in front of South Ferry terminal. Head east (or anticlockwise) following the bike lane that hugs the water, towards the East River. This will take you under the thundering arches of the Brooklyn and Manhattan bridges, then up a peaceful stretch next to the water for several miles, giving you magnificent views of Brooklyn on the right — and Alphabet City on the left, across the highway.

At 34th Street the pathway along the river ends, so cut across to First Avenue and then follow the protected bike path north for a few miles. That stretch is not picturesque, but it gives you a good sense of New York, since it takes you past the United Nations, through Midtown East and some pleasant haunts on the Upper East Side.

At 91st Street, turn left along another demarcated bike path and continue until you hit Fifth Avenue; turn left, cycle a block further (to East Drive), turn right into Central Park and do the loop around the park. When you reach the western side, exit on 91st Street, follow the cycle path west, across the Upper West Side, until you hit Riverside Drive. Here you can drop down to the Hudson River bike path, which you can follow south for several miles, all the way back down to the southern tip.

The last stretch is a beautiful route that takes you past parks, cruise liners, an aircraft carrier-cum-museum and jetties, with stunning views of New Jersey. Try to do it in the mid to late afternoon, when the sun is low across the Hudson River. At the bottom of Manhattan, circumnavigate Battery Park and join up with the Seaport again.

If this route feels too short, you can extend it by turning right when you hit the Hudson River and cycling north for a couple of miles along the water for splendid views of the George Washington Bridge — and then retrace your steps.

If you want food or drink, there are plenty of cafés along First Avenue, or near 91st Street. The best place to stop, though, is at a barge in the Hudson River, docked at Pier 66, that hosts a restaurant and bar called The Frying Pan. It offers fantastic views, particularly when the sun is low. If you want to start and end your journey here (which is a great idea if you are tempted to enjoy evening cocktails as the sun sets), begin and finish your loop at the nearby Javits Center.

Every good Manhattan movie has shots of the iconic bridges that cross the East River. They also offer a wonderfully memorable, short cycle ride that is not quite as easy to navigate as, say, Central Park, but offers equally gorgeous photos.

The Manhattan side of Manhattan Bridge, close to Chinatown, is a good place to start. Cycle up the designated path onto the bridge, next to the subway track line. This is not a peaceful route, since subway cars rattle past — and be aware that getting onto the bridge entails going up a slow, steady hill that may test your fitness. But once you are in the middle of the water, the views are spectacular, and then you have a long downhill cruise to enjoy.

When you get to the end of the bridge on the Brooklyn side, follow the signs down to Dumbo and take the cycle path through the neighbourhood. Stop on Water Street for another classic photo (but you will need to dodge tourists to do this) or visit the park and carousel on the waterfront. Then head down the river to the Brooklyn Bridge, and cycle onto it and back west towards Manhattan. The views are even more magnificent.

When you hit Manhattan, either navigate the cycle path back to where you started at the base of Manhattan Bridge, or take the East River cycle path. If you want to extend the route, or seek out some more good watering holes, cycle through SoHo and Tribeca on, say, Prince Street. There is a pleasant cycle route there, but it is not a protected one.

There are lots of good places to stop for food and drink in Dumbo; the River Café is the smartest. Alternatively, SoHo has a multitude of casual street restaurants.

Strictly speaking, this is not in Manhattan and most New Yorkers barely know that this cycling option exists. Randall’s Island in the middle of the East River is best known as a destination for sports-mad kids and adults, since it hosts a vast array of sports fields. But it is an excellent place to find a safe, completely traffic-free bike ride with excellent views of Manhattan.

Start on East End Avenue, at the 88th Street entrance to Carl Schurz Park. Cycle through the park to the river, past Gracie Mansion, the mayor’s residence. (Alternatively, take the ferry up the East River to East 90th St ferry terminal.) Then cycle north along the water, past a (highly controversial) waste-docking centre, until you hit a vast green footbridge that crosses the river. Follow that to Randall’s Island, then turn right and cycle anticlockwise along the southern rim for a couple of miles next to the water — and savour the amazing views of Manhattan. You’ll hit a short hill to climb that leads to a line of arches under a bridge called Hell Gate, and cycle under them until you can go no further.

From here, take a small path to the left that will connect you to the road. Turn right after a few yards, cycle past the New York Fire Department’s training academy, then rejoin the cycle lane under the arches, and head up to the north of the island. If you turn right, you can do a very pleasant detour here along the water and then retrace your steps. Or just turn left and follow the northern rim of the island, travelling around it anticlockwise, and come back down along the west side of the island, on another bike path, past the Icahn Stadium, over some salt marshes with a pretty bridge, and then along another lovely path with woods and flowers, overlooking the water. Eventually you will hit the green footbridge again and can cross that to return to Manhattan and Gracie Mansion.

What are your favourite bike routes around Manhattan? Tell us in the comments

For more stories like this visit ft.com/globetrotter, or read our city guide New York with the FT 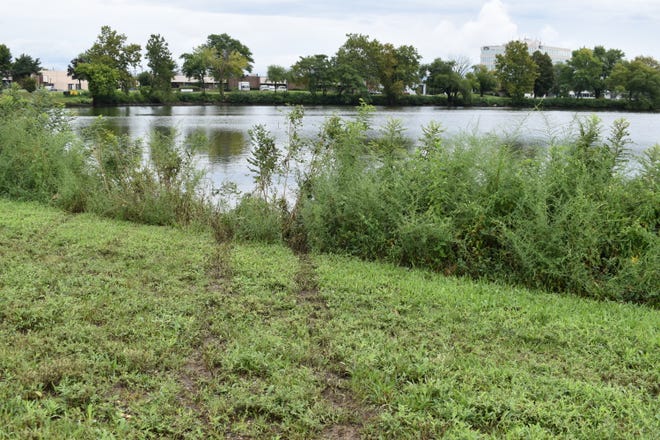 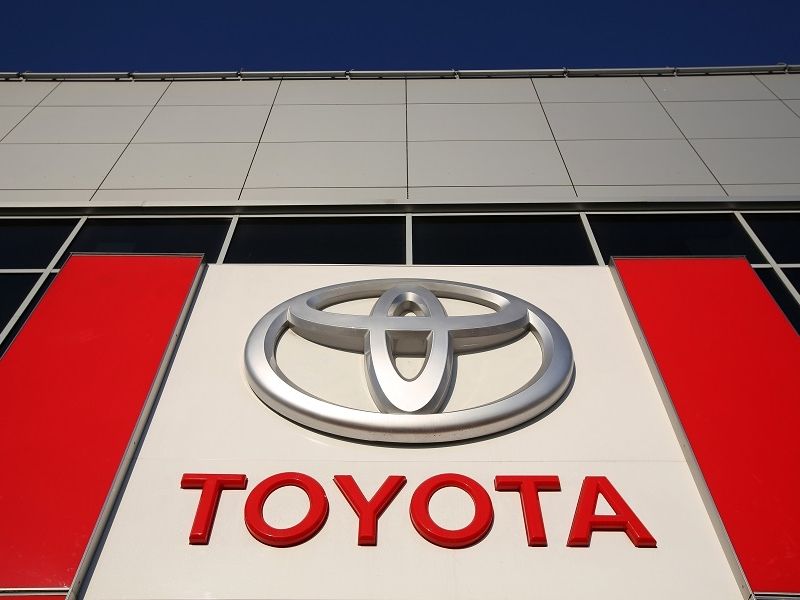